Good News! After the crazy nasty weather we had last weekend, we’ve had many reports of Anglers catching spawned out Yellow Perch in a few different areas. The areas where we’re seeing spawned out Yellows are: Tuckahoe Creek, near Greensboro, the Magothy River and further south near Waysons Corner.

We’re seeing lots of males being caught with a few larger females in the 13″ range. With the water temps ranging from 47º-49º in most of the rivers, we’re expecting the spawn to continue for the next couple weeks. This would be the best times to go target the Yellows.

Some of the best locations to target are going to be on the Eastern Shore in Tuckahoe Creek, in the Magothy River at Beachwood Park or further south near Waysons Corner.

Trout stocking continues all over Maryland and the latest areas DNR has stocked can be found on their trout stocking page.

Anglers are having success catching trout with a variety of techniques. A standard bobber/hook with live bait such as Wax Worms or Earthworms works really well. Artificial baits like Gulp Powerbait are very effective as well. Look to use small spinnerbaits as well. Fly fishermen are having success with bead head nymphs in Southern Maryland ponds.

Make sure you head over to DNRs page to find out what areas are currently closed to catch and release fishing for Rockfish. Those braving the cold weather and high winds lately have actually caught a few fish!

Anglers jigging the Calvert Cliffs warm water discharges have found the current to be pretty light over last week. We’ve learned that the power plant has shut down a generator which has decreased the flow but we’ve heard that by the end of the month they’ll turn it back on.

A few anglers have tried their hand at some light tackle kayak trolling in some of the upper bay flats with pretty decent success. Landing 20″-30″ fish in 6′-10′ of water trolling shallow diving crank baits. 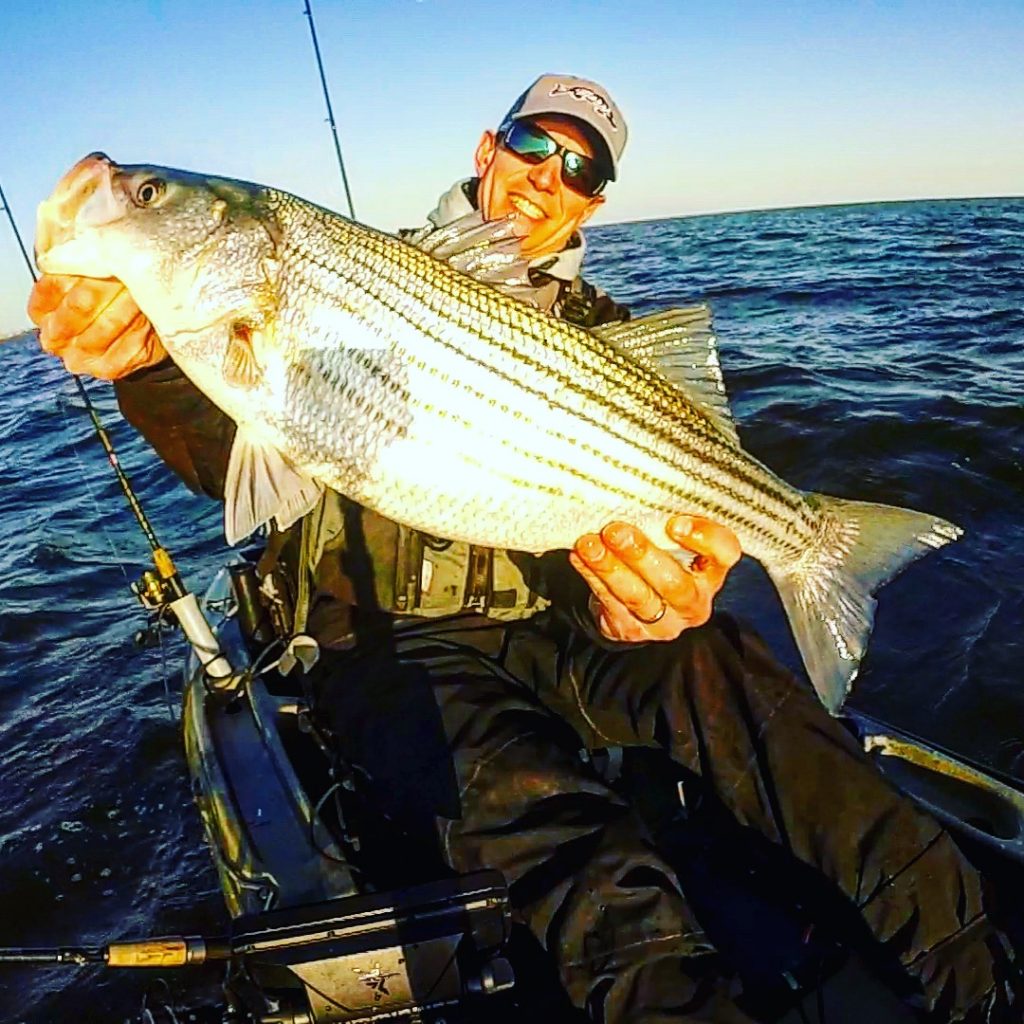 John Hastalka braved the elements and did some pre-season Kayak trolling and landed a few nice fish! Nice work John!

We’ve had reports of a decent number of early season Snakeheads being caught in Blackwater National Wildlife Refuge on the Eastern Shore. When it isn’t too windy or freezing, try throwing a big minnow under a bobber on heavier gear with braided line.

If you’ve got a warm day and the bite turns on, look to throw a Z-Man Chatterbait near the grass edges along the banks. Snakehead will get really shallow in warmer water and look to ambush bait.

Head over to the Snakehead event page to sign up for the FREE seminar!

Show us what you caught!

We’d love to see your catch! Send your photos with some simple info (your name, location, bait/technique) and any other info you’d like to share to kevin@anglersannapolis.com. By sending your images you are giving us permission to use them online. If there are any children under 18 we need their parents permission before posting any images online!